Spheeris’ followup to the 1979 punk classic is a little too calculated and narrowly focused but it is still a fascinating documentary for those of a certain age (say, like mine) who lived through the Metal Years in the U.S., which roughly stretched a decade, from the US Festival in May 1983 to the rise of Seattle based grunge in early 1992. She turned her camera on the Los Angeles heavy metal scene from August 1987 to February 1988, interviewing several bands still trying to make it in the wake of the scene's vanguard bands (i.e. Motley Crue, Quiet Riot and Ratt), numerous fans, promoters, girlfriends, opponents of the music, and heavy metal legends such as Motorhead’s Lemmy Kilmister, Paul Stanley and Gene Simmons of Kiss, and most notoriously, W.A.S.P. bassist Chris Holmes. 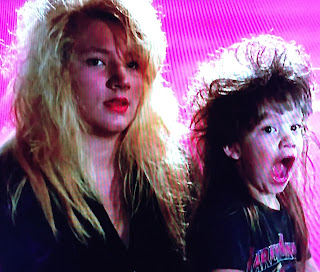 Some sources such as VH1 and David Konow’s Bang Your Head cite this film as the beginning of the end for the heavy metal era. In truth, the quality of the music itself had already peaked by the time DECLINE was released in 1988, with virtually all of the copycat L.A. bands getting signed and the increasingly maudlin power ballads getting almost all the airplay as the decade came to a close. DECLINE II features several L.A. bands trying to make it in mid-to-late trend: some, like Vixen and Faster Pussycat, would have gold records and become one hit wonders (with power ballads of course, “Edge of a Broken Heart” and “House of Pain” respectively). 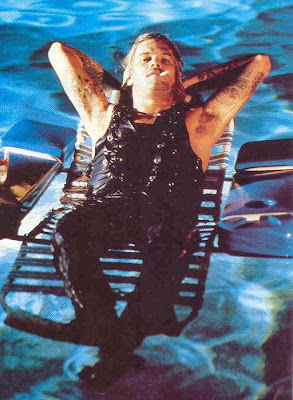 But we get to meet the no-hit wonders as well, among them Odin, Seduce (who migrated to L.A. from Detroit) and London, metal’s version of a class AAA farm team. London hung around Los Angeles for a decade and produced members of Motley Crue and W.A.S.P. but would otherwise be doomed to complete obscurity if not showcased here. 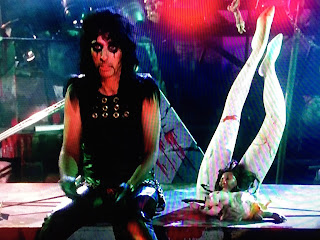 The fledgling bands we see here seem motivated primarily by sex, drugs and the promise of lots of money---or at least play to the camera by stating that. We do see a glimpse of the creative process at the film’s close watching Megadeth’s self-destructive but undeniably talented Dave Mustaine in the studio near the film’s end. Unlike many poppier bands like Poison, Megadeth would succeed into the alternative 1990’s without missing a beat. The aforementioned Seduce is another band with something more on the brain than sex and drugs.

There’s Ozzy Osbourne trying to make breakfast, with a shaky attempt at pouring his orange juice that clearly looked faked in 1988 (and was) but would have fit right in with everything else we saw on his wildly successful reality series 15 years later. And then there’s poor Chris Holmes of W.A.S.P. Well, maybe not poor, assuming this is his home. That’s a pretty nice pool. But as he groggily slurs his words in front of his mother and waves around his bottle of vodka, he comes across as the insecure kid in school who kept trying to convince everyone how cool he was. It’s hard not to feel a little sorry for him.

We also meet legendary L.A. club owner Bill Gazzari, then in his mid-60’s and giving Dick Clark a run for his money in the "world's oldest teenager" competition. He's pushing the band Odin heavily (to no avail) and hosting lascivious dance contests for twentyish females only. Gazzari passed away in 1991 as the metal scene was winding down, but he apparently died a happy man: we find out here he had two 19 year old girlfriends. As for the dance contests he hosted, well, on second thought, lascivious at the time maybe, but two decades later, they’re nothing compared to what you’ll see in a video like, say, Nelly’s “Tip Drill”.

And now, one mini-rant/personal opinion:

I think the statements from VH1 (and Konow even) that the “disgusting sexism” shown in this film “shocked” the fans and "led to grunge killing metal" are A) melodramatic; B) revisionist history; and C) in my opinion, wrong. 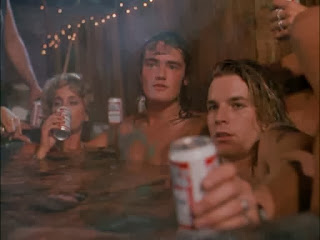 Come on, this was nothing shocking in 1988, not even in this particular music scene. Your typical HIT PARADER article on Motley Crue circa 1983 had far worse stories regarding treatment of women (and drug use). And rock and roll always had the stories about groupies and general excess; is anything in DECLINE earthshaking compared to your revelations in your typical Led Zep bio (stories from up to two decades prior)? Get real. As I stated above, the audience didn’t leave because the musicians had so-called “disgustingly sexist” attitudes; they left because the records started to all sound the same (and mostly suck) long before 1992. Where was the edge by the time “It’s Over Now” and “Don’t Treat me Bad” were all over top 40 radio? Grunge didn't kill metal, metal killed itself. Grunge was just the next fad in line.

The balanced perspective of the successful veterans (save for Paul Stanley, filmed with scantily clad women all over him), the delusional dreams of the less talented trend followers, and the candid scenes from inside the clubs all combine to create an entertaining and fast moving 90 minutes. It’s extra watchable if you lived through the era and lived the scene, even if you weren’t in California. 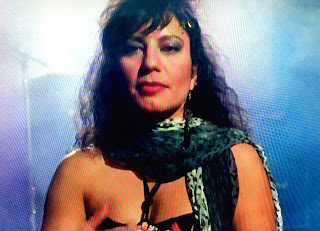 
Two words: music rights. It is an issue with damn near every DVD release. It’s why we had such a high price tag on the first season of Happy Days and why WKRP almost never got released. Hell, it could be the reason we're still waiting on Mannix for all I know.

It’s a tad too narrowly focused on L.A. to be the definitive 1980’s heavy metal documentary, and the song selection could be better. For example, Lizzy Borden had some good original songs. Why did we need them playing the umpteenth cover of “Born to be Wild”? 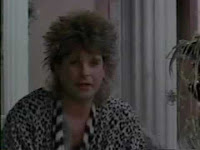 No doubt there’s a lot of folks who would like to own it on DVD; it is the best known film on the genre made during the hair metal era.

With the benefit of twenty years' hindsight, the extras could be very enlightening. A "Where are they Now?" for example.

While many of the bands who never made it are very forgettable, there’s also notable exceptions here worth checking out. Seduce were probably ahead of their time: “Watchin’” would have fit in well during the angst-filled 1990’s, and “Crash Landing” (showcased here) was a harrowing song about a real life flight out of Detroit that, well, crash landed.

The Chris Holmes interview, exaggerated or not, is a must see, if not as jawdropping as it seemed in 1988.

Very watchable, and after one formulaic “Behind the Music” documentary after another, a lot more uninhibited.

As a side note, in addition to David Konow's informative, aforementioned Bang Your Head, there’s a hard to find but scholarly look at the music worth seeking out, Deena Weinstein’s Heavy Metal: A Cultural Sociology. Read ‘em both if you’re a headbanger, past or present.
Posted by Hal at 8:56 PM

I recorded this on VHS from a Pay-Per-View back in the day. I have the vinyl and was shocked it was only one LP. They had plenty of music it should of been a double LP. Felt kind of sad for Holmes during his interview.

I agree EvenSpot. Some really good bands on it; I have the cassette somewhere. I have Seduce's release on LP (the majority of what I was buying in 1988) and it is one of the great unsung records of its era.

evenspotspeaks said...
This comment has been removed by the author.
8:08 AM