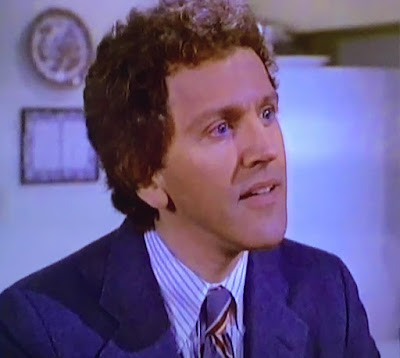 Series overview and introduction to the CRAZY LIKE A FOX episode guide at this link. 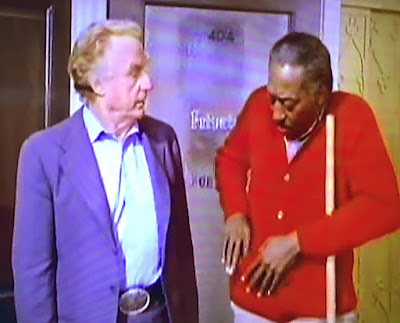 P.I. Harry Fox arrives at his office, finding a dog waiting for him with Harry's business card stuck in his collar.  The canine's tag identifies him as "Max", a student at the obedience school run by recent Fox client Connie Olsen.  Failing in his attempts to reach Ms. Olsen, Harry decides to leave Max with Harrison's family overnight while he continues to search for her.  While walking Max, Harrison finds himself the target of two armed men seeking to steal the detection dog and politely declines to provide further boarding. 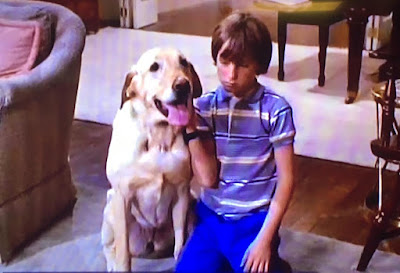 The search for Connie takes the senior Fox to her residence the next day, and Harry's curiosity is further piqued when he discovers that Max has been re-trained to sniff out household cleansers.  Unfortunately his investigation is put on hold at that point, as Ms. Olsen has been located after an anonymous tip from Harrison's pursuers: she's a homicide victim, and Harry is arrested as the prime suspect. 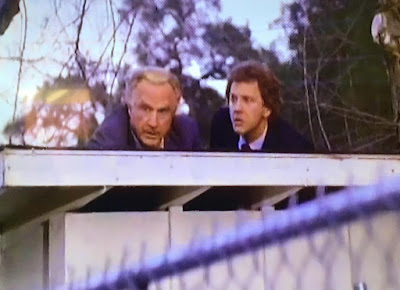 Yep, Harry is booked for murder at the end of Act II, but this being the bright, light world of CRAZY LIKE A FOX, he's out on bail mere minutes into Act III.  And not just back on the case, but with a small sample of cocaine in hand from a pal in Vice Squad to bait the bad guys within minutes of his release into Harrison's custody.  Hey, inveterate viewers of the show know that Mr. Fox is one persuasive guy, right? 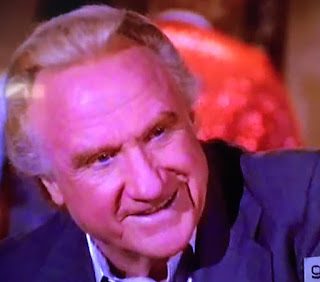 As directed by long-time documentarian Charles Braverman, Fox and Hounds doesn't skimp on the humor, but commendably brings it from less typical places: Harry's bad driving takes an episode off, and Harrison gets chased by the bad guys more often than his father.  But fear not--Harrison is still continually put-upon.  The lawyer finds himself hiding behind dumpsters, crossing flimsy bridges, having his legal advice disregarded and finding Max (who takes a shine to son Robby, but surprisingly isn't much of a scene stealer) even less cooperative than Harry.  Suffice to say Rubenstein's reliable slow burn gets a real workout. 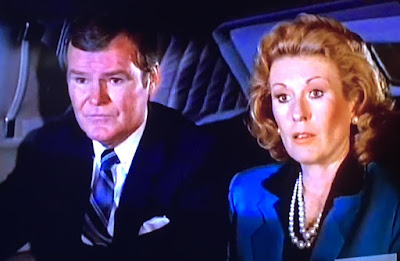 Not that this episode is any less Warden-centric than usual.  Acquiring someone else's limousine for the second straight outing, Harry ups the ante considerably by also borrowing the aforementioned street drug, a second sniffing canine, and finally a helicopter before the case is cracked.  And while it takes awhile, Fox Senior finally gives us the vehicular damage we've come to expect from him.  Just not from the driver's seat this time--another eye opener. 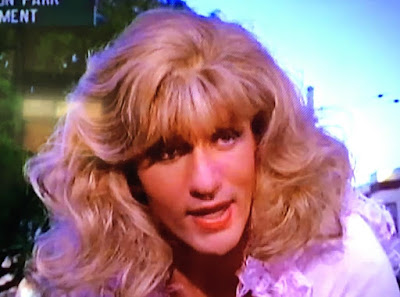 If you wanted to see Jonathan Banks in drag, Fox and Hounds is your installment.  A quarter century before BREAKING BAD and almost as curmudgeonly as he would become in his most famous role, Banks spends almost all of his screen time undercover in dress and wig after vouching for Harry as a old pro.  No, it isn't punishment, just another day on the job for Inspector Dick Hawkins.  Hawkins' trust in Harry makes him a target of barbs from an even more acerbic Babcock (as homicide Lieutenant Helen)--as does his choice to wear lace. 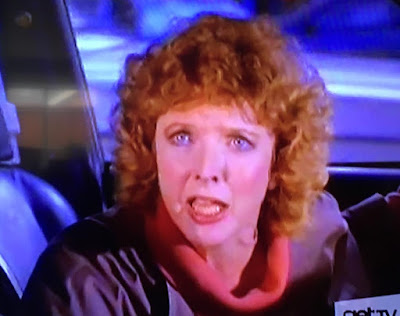 Director Braverman returned to helm Fox in 3/4 Time, then moved on to the more overt humor of SLEDGE HAMMER!, becoming one of that cult classic's most frequent directors.  With a 18.5 rating, Fox and Hounds scored a solid 14th out of 72 programs in the Nielsen Ratings but still came in second on March 24, 1985 to ABC's rather unremarkable Sunday Night Movie: CALIFORNIA GIRLS with Robby Benson and video vixen Tawny Kitaen (20.3, 9th).  While slightly below the show's 1984-85 average in that regard, Fox and Hounds was on firm ground creatively.  Young and Fischmann threw us a few curveballs while Braverman deftly handled this show's comedy/mystery balancing act.  (*** out of four) 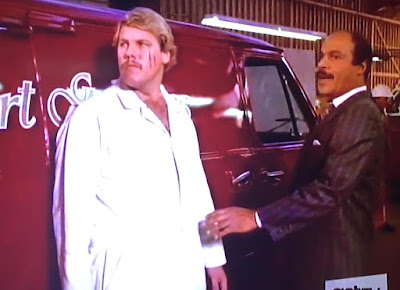 I am glad that I finally got a chance to check out this place. Great views, food is nice. The quality of service at Chicago event venues was great, and the environment were pretty comfortable. I’ll say I will look forward to visit again.