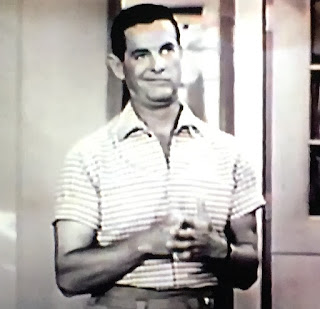 
Bob believes that his now seventeen year old nephew Chuck is ready for flying lessons, but sister Margaret is dead set against the idea.  Noting that any Air National Guard service is at least two years away, Margaret thinks her son is too young for the lessons, and she isn't swayed by her brother's status as an instructor in the Guard.  Nor is she persuaded when Bob notes that he made "aces" out of numerous recruits. 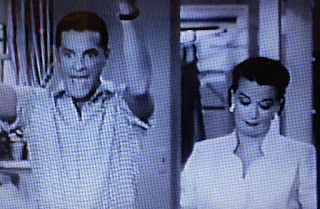 Chuck has more immediate concerns--namely, his dinner--but some timely eavesdropping the next morning gives Bob proof that he is idolized by his nephew.  Hearing Chuck repeat Bob's heroic feats to awestruck classmate Jimmy leads the playboy shutterbug to believe there's another reason his nephew doesn't want the instruction: the teenager is intimidated at the prospect of living up to his uncle's accomplishments.  Bob is thrilled when the high school's counselor Laura shows up to discuss the youngster's studies, but less so when he finds himself being analyzed by the titular therapist. 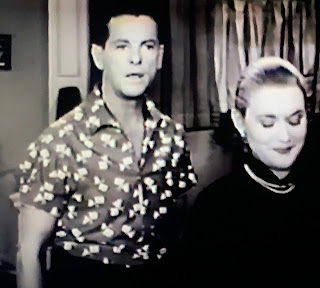 One of the last installments before Chuck's eighteenth birthday took place onscreen (The Double Date), The Beautiful Psychologist is the first of several third season entries to explore the younger MacDonald's transition from high school to college.  We're past building model airplanes (The Fallen Idol) now, as Bob feels Chuck is ready to fly the real thing.  Much as Chuck would like to follow in Bob's footsteps in other ways, the youngster is more in tune with his mother on this idea, still proud of Uncle Bob's aerial achievements without feeling ready to emulate them. 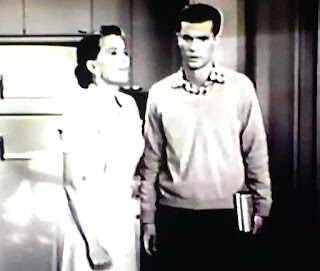 Bob's ego seems a little outsized this time out, not only mistaking Chuck's lack of current interest for fear, but attributing that fear to the feats he's been hearing about for years--air and ground, no doubt.  Truthfully, though, while Chuck continues to brag about his Uncle, it's Jimmy Lloyd who seems to have the hero worship affecting his self-esteem ("Tall, dark and handsome---I'd settle for tall!").  Indeed, when combined with all the gushing over Bob's legendary exploits, that stare that Lloyd gives Colonel Collins' Air Force portrait is almost homoerotic. 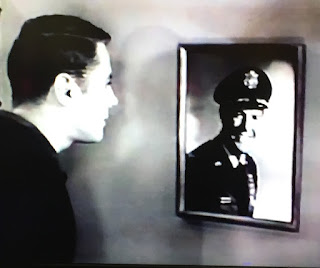 While Harvey Helm still envies Bob's life of freedom, he does have some slight corrections to the WWII stories, which might alone make flying seem more realistic for Chuck--if that was the problem.  Bob never figures out that it isn't, one of two ways that LOVE THAT BOB again subverts expectations this time.  The Beautiful Psychologist isn't all about puncturing that hot air balloon, and Bob's (fake) humility ends up giving him an avenue to a heretofore unavailable female.  Well, maybe--I'm not all that convinced he had any kind of shot (see section below). 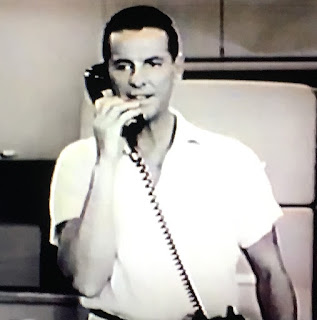 This was the only episode for Marcia Henderson, and she pleases the eye and ear enough to make one wish she'd returned.  Well known to the era's TV viewers as the female sportswriter in DEAR PHOEBE, she's a good fit for another (at the time) traditionally male profession here.  Henderson skillfully delivers the episode's funniest line, in which she revises her diagnosis of our aging flyboy.  Her professional analysis: Collins has a "neurotic tendency to employ a decided confabulation opportune in the gratification of his dominant male psychosis".  Most creative way yet to call our boy a wolf! 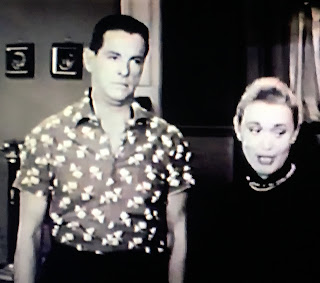 Henderson already had a Theatre World award (for the Broadway version of PETER PAN) and big screen leads in THE GLASS WEB and CANYON RIVER to her credit.  Sadly, her promising career was soon cut short by a diagnosis of rheumatoid arthritis, which eventually led to her retirement from the screen in 1962.  Married for 27 years to actor Robert Ivers (G.I. BLUES), Henderson was only 58 when she passed away in 1987. 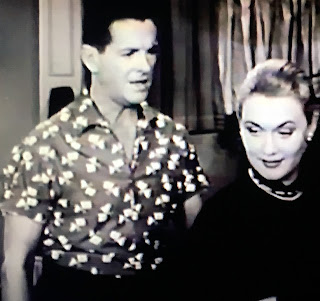 The Beautiful Psychologist doesn't provide a decisive comeuppance for Bob, a way out of the kitchen for Harv, or a resolution for Chuck's immediate future.  Much like Bob on his confidence-builder (!) of a flight at the end, it neither soars nor crashes, providing consistent chuckles but few laugh-out-loud moments.  If Bob took Laura to his usual heights either on air or land ("just give me time, Schultzy!") he did it off-screen. 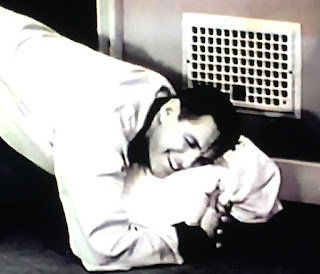 For once, Bob was his own blocker, inadvertently "proving" childhood regression by riding a bicycle through the household and insisting that Harvey Helm take credit for all of their war heroics.  Schultzy and Margaret certainly weren't helping, but the former was surprisingly neutral for once. 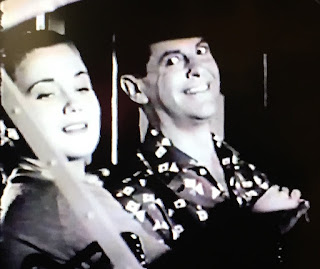 In spite of himself, Colonel Collins did manage to get Miss Hayden into the cockpit with him.  But despite that look of high confidence at the fadeout, the counselor (who we learn is doing her post-graduate work) might well be up there in a professional capacity.  She earlier seemed fascinated by his avocation, with interest level looking high--until that precise moment that he made his move.  That's a big red flag, Bob!


A typical LOVE THAT BOB setup, agreeably but not exceptionally executed.  Par for the course during the brief third season period that Tokar and others manned the director's chair (after Rod Amateau's departure and before Cummings took over fulltime).  With Henderson living up to her titular description and providing a worthy foil, The Beautiful Psychologist has enough laughs to make for a pleasant if not quite hilarious half-hour.  (**1/2 out of four)

With the recent discovery that Bob Cummings was addicted to amphetamines during the run of this show, does it change the way you view his performances?

While Cummings' addiction was kept somewhat quiet, it did make the press as early as 1969, when wife Mary Beth declared he had been using methadrine when she filed for divorce after his affair with Regina Fong (who subsequently succeeded her as Mrs. Cummings). It certainly explains a lot about why he couldn't get work as a director despite some stellar work on this show, and also puts the fast-paced, energetic style in a new light of those shows he directed. I really don't see much of an effect on this on-screen performances though. While it puts a lot of things in a new light, doesn't affect my appreciation of the resulting work from 1957-59 in the director's chair. Thanks for reading J.R.!