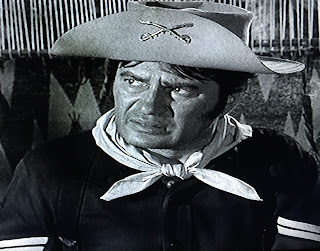 
The leftover beef stew from the mess hall claims two victims: the Sergeant's horse, and his VP of O'Rourke Enterprises, Corporal Agarn.  Veterinarian Doc Emmett is Fort's only doctor, so he treats both patients.   While O'Rourke gets a grave prognosis on his equine, eavesdropping Agarn believes that he is the terminal one.  Determined to leave earth with a clear conscience, the self-described "crooked Corporal" decides to fully confess his crimes to the Inspector General.  Meanwhile, Captain Parmenter hatches a plot with Dobbs' assistance to apprehend The Colton Brothers, wanted highwaymen with a $5,000 reward for their capture. 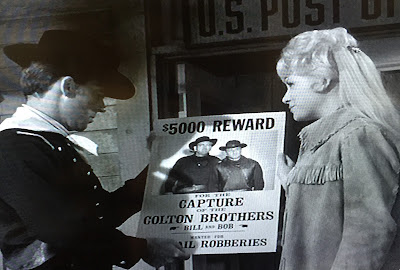 After the bizarre, hilarious concepts of Don't Look Now, One of our Cannon Missing and The Phantom Major, F TROOP took a step back with the much more mundane primary plot of this installment.  The Mistaken for Dying trope was well-worn in sitcom circles even then, and the most remarkable attribute of this usually inventive show's spin on it is how conventional it is. 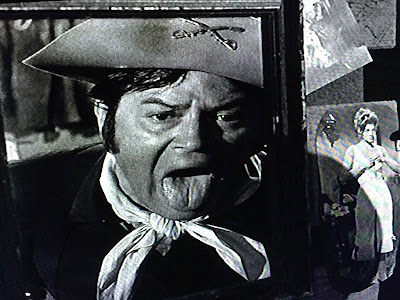 Hypochondriac Agarn is ready to believe the worst about his "topsy turvy tum tum" on the word of a horse doctor.  Doc Emmett's examination of the Corporal is F TROOP at its silliest, a starter weak enough to require half-hearted attempt at lampshading ("he's the only medical man we have!").  The usual clichés follow, with few twists on the weathered concept.  Agarn misinterprets innocent and well-meaning comments from the Doctor and Jane, and ultra-kindness from Captain Parmenter and Sergeant O'Rourke (on the former's suggestion) only heightens the Corporal's paranoia. 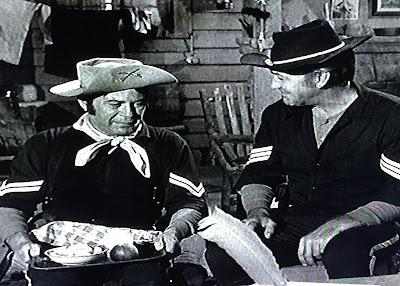 Not that the episode is devoid of surprises.  The secondary plot provides the biggest: after three episodes of near-complete bumbling, the Captain displays a rare trait for him in a black and white F TROOP: competence.  Hatching a plan to end the stage robberies, Parmenter correctly detects a pattern to them, accurately predicts the site of the Coltons' next heist, and actually apprehends the thieves successfully--without assistance from the best marksman available to him (Jane).  True, his trademark clumsiness is still very much in evidence, but for once, Wilton saves the day and isn't oblivious to the fact.


Rondeau tones down the slapstick a bit in Corporal Agarn's Farewell to the Troops, with subtler physical humor (i.e. the Captain struggling to remain calm after puncturing his palm) rather than copious pratfalls.  Agarn even bests usual champ Parmenter two falls to one, though the latter causes a second (Dobbs).  Speaking of the always reliable Storch, he shoulders the lion's share of the humor in this outing.  His V.O. narration of the military funeral and realization about his not-so-illustrious career is a winner, as is his reaction to O'Rourke's scheme to retrieve the incriminating letter.  The latter gives us this segment's best sight gag. 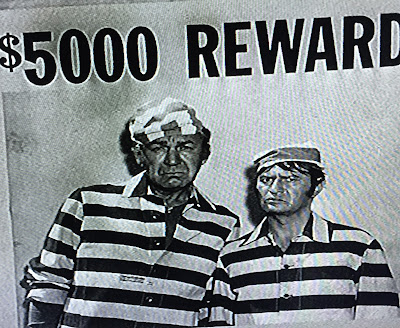 Among the supporting players, Horton isn't the only wizened presence, as he is joined to two guest stars with 19th century birthdates.  Longtime "that guy" Forrest Lewis deadpans his way through the best medical exam that Agarn can find, and 81 year old Georgia Simmons is a fiesty bride to be(!) telling the Coltons to "get on with it" (meaning their robbery). 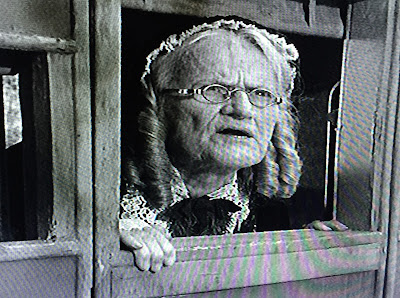 A much younger Vic Tayback (BLOOD AND LACE, with Patterson) plays Bob.  His face is hidden during most of his screen time, but the voice is unmistakable.  "Why don't you shut up, you old crow" is delivered the way that only Vic can.at the unsuspecting Simmons.

Corporal Agarn's Farewell to the Troops isn't really a bad segment, just disappointing after the wildly funny twin triumphs preceding it.  Four segments in, the writers were still seperating the laugh-getters from the clunkers, and many of the running gags the show is now known for (the falling lookout tower, Hekawi words of wisdom) are missing from this early outing.

Despite being the weakest of the four segments to date, Corporal Agarn's Farewell to the Troops finished 22nd in the Nielsen ratings for the week ending October 10, 1965, with a 20.8 rating, improving on lead-in McHALE'S NAVY and lead-out PEYTON PLACE II, which both tied for 37th with a 19.3.  F TROOP was ABC's fourth highest rated show of the week.

Agarn would want a last meal of chicken, peas, watermelon and candied yams.  (Curious request, since he supposedly still had a topsy turvy tum tum at the time he made the request.)

Marinated corn cob can cure stomach problems for horses or humans.  However, only take one pinch at a time, for it is very hot.

Corporal Agarn says he wouldn't want a blindfold during an execution, though when the situation comes up later (The Day They Shot Agarn) he doesn't refuse one.

Chief Wild Eagle's assessment that his medicine man is a "big quack" in Scourge of the West doesn't appear so well founded now.  More on this below.  (Roaring Chicken is also a 'terrific dancer' per Agarn, another improvement from the pilot.)


NUMBER OF TIMES O'ROURKE COULD HAVE BEEN TRIED FOR TREASON?

None this time, though he could have been arrested for the felonious crime of robbing the U.S. Mail if Parmenter hadn't bought into his story of going undercover to capture the real robbers. 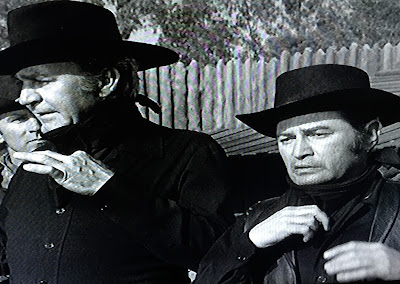 No words, wise or otherwise, from our esteemed Chief.  Corporal Agarn's Farewell to the Troops is the lone episode not to feature Frank de Kova, and Don Diamond's Crazy Cat is also M.I.A.  Horton's Roaring Chicken has the tribe's only scene to himself.

In his scant screen time, Roaring Chicken manages to prescribe a successful medicinal cure for O'Rourke's horse, proving the "professional" veterinarian's grim prognosis to be laughably wrong.  Score one for the Hekawis!

Slightly funnier than I remembered, with Storch having some very bright moments (the best: his spot-on vocal impression of Horton) and the script allowing the Captain to grow into his duties a bit.  Still, this installment's slightly slower pace makes every groaner stick out like a sore thumb and the hackneyed primary storyline is handled in mostly perfunctory fashion.  The F stands for "flat" more often than usual in this offering.    (** out of four)

F TROOP currently airs on Me-TV for a full hour each Saturday morning at 5 AM ET/4 AM CT and on Sunday mornings at 7 AM ET/6 AM CT.
Posted by Hal at 5:05 AM

I still can't get over this great place I recently visited! This isn't only a good place. It is also one of the best around here. There isn't a listing of the unique offerings, although there should be! This venue NYC was magnificent!