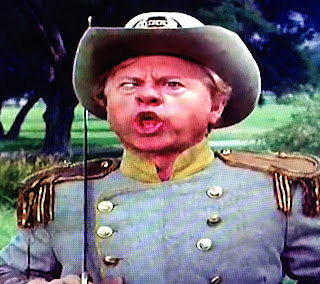 
Ex-vaudeviller Dick Van Dyke (as Billy Bright) takes 1920’s Hollywood by storm, first by stealing the show in director Cornel Wilde’s two-reelers, then by stealing leading lady Michele Lee away from Wilde. With cockeyed second banana Mickey Rooney and Lee providing able support, Van Dyke starts his own production company.  Rapidly rising from two-reelers to features, Van Dyke is the hottest comic in the land by 1926, but it all comes crashing down on the talented but self-destructive comic.   Lee divorces Van Dyke for repeated infidelities (taking his infant son) and after this drives him to alcoholism, Hollywood divorces him for erratic behavior (on and off the set), myopia and creative stagnation.  After fading into obscurity, Van Dyke gets a second chance at stardom late in life, but the passing of 40 years doesn't help his humility or his perspective. 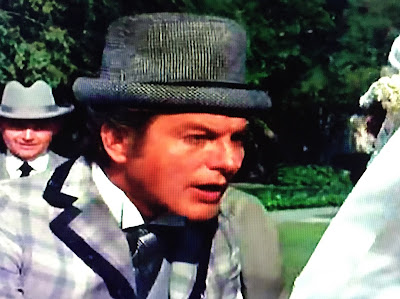 With THE COMIC, the star and director are most successful in creating a long, superb montage of “classic” silent two reelers with titles like SAVED BY A SAP and MAIN STREET MENACE.  Showing impressive athleticism and skilled at pantomime, Van Dyke gives you reason to think he might have become an even bigger star if he‘d been around in the Twenties.  Particular homage is paid to Van Dyke's idol Stan Laurel; one short clearly recalls Laurel’s DR. PYCKLE AND MR. PRYDE, and check out the “freak” ending (a Laurel and Hardy staple) in NOTHING BUT THE TOOTH. 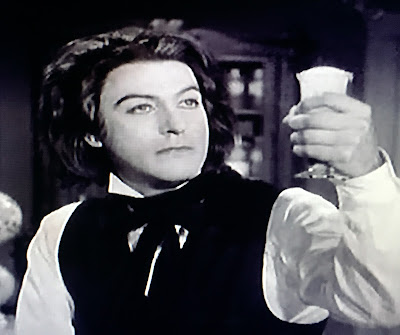 Teaming for the first time in three years after THE DICK VAN DYKE SHOW, Van Dyke and director Carl Reiner also show a mutual desire to present more provocative material than television allowed.  Just a year later, Reiner would push the envelope much further with WHERE’S POPPA?, and Van Dyke would further attempt to redefine his Disney-friendly image with Norman Lear’s COLD TURKEY.   Billy Bright may have been created as a tribute to Keaton, Laurel and Langdon, but he’s far more flawed than any of them offscreen.  Actually that’s an understatement--Van Dyke’s Bright has literally no redeeming qualities. 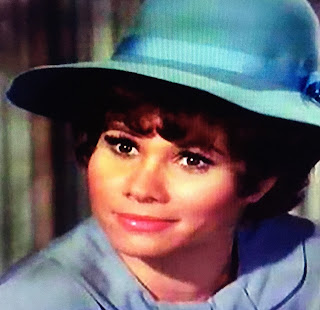 From the moment he arrives in Hollywood, Bright is self-centered, stubborn, ill-tempered, opportunistic and consistently thoughtless regarding others' feelings.  After being granted a second chance in his senior years, Bright obnoxiously blames everyone but himself for his fade into obscurity and even provides thoroughly delusional spin doctoring from the coffin  (i.e. “I allowed people to walk all over me“) that is always contradicted by what we’re seeing onscreen.  Other than one throwaway line early describing Bright’s father as an alcoholic who ended up poor, there’s no attempt by the screenwriters (Reiner and Aaron Ruben) to probe the cause of the comic‘s faults.  It is commendably fresh that the audience is never really supposed to like (or even pity) Bright, but in making him so relentlessly rotten Van Dyke and Reiner also create a one-note character who wears out his welcome before the closing credits. 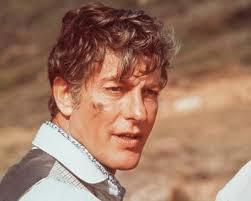 While not entirely successful, THE COMIC remains intriguingly unique and well acted by a solid cast.  In addition to excelling at the silent slapstick, Van Dyke proves that he’s up to the challenge dramatically.  His Bright is hardened and callous to the end, but it's to the actor's credit that you still feel some sympathy at the film's most uncomfortable moments (i.e. his Steve Allen Show appearance, complete with bewildered and dismissive fellow guests).  Unfortunately the execution of the film's final third is marred by old age makeup that ranges from somewhat unconvincing (Van Dyke’s) to virtually nonexistent (Lee and Wilde).   Only Rooney’s looks right.  The modern audience may also be put off by a needlessly stereotypical portrayal of Bright Jr. (also Van Dyke) which seems to serve no purpose other than allowing a lame punch line from Bright Sr.

Attempting to move into edgier fare gave Van Dyke three box office flops in a row from 1969 to 1971. Ironically, he would have his first bona fide success in this vein after moving back to TV---in the ABC Movie of the Week THE MORNING AFTER (1974).

The film was originally titled BILLY BRIGHT after its protagonist before being changed to the thoroughly pedestrian THE COMIC.  The more distinctive title may not have helped, but it couldn’t have hurt. 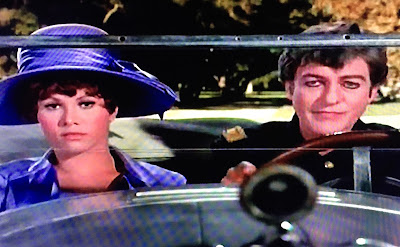 Why it should be DVD:

THE COMIC isn't fully realized, but the montage of Billy Bright’s creative peak is lovingly created.  This sequence alone is be worth the price of admission.

Van Dyke fans will see his finest dramatic performance, and he is very well complemented by beautiful Michele Lee as his wife and (as it turns out, irreplaceable screen partner) and a great Mickey Rooney as the Ben Turpin-inspired “Cockeye” Van Buren.  Watch closely for a lot of familiar faces throughout, notably Ed Peck, Mantan Moreland, Fritz Feld, Pert Kelton and a pre-JEFFERSONS Isabel Sanford.
Posted by Hal at 9:01 PM

Nice review. I just watched this for the first time, inspired by the passing of Carl Reiner. I'm surprised it's not better known... It's not the best thing Van Dyke or Reiner ever worked on, but it's pretty good! I laughed out loud at Billy Bright's "Main Street Menace" short.