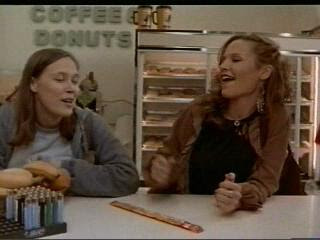 
Liza Weil is a 17 year old aspiring artist in 1981 New Jersey. In addition to her art school ambitions, she has very typical problems of a teenager in this late latchkey era: a broken home, an unsupportive mother, her own insecurity. Best friend Chad Morgan is her hard-partying bad influence of a best friend, who bears scars from a history of sexual abuse. Rossetter is Weil's single mother, trying to raise two children and suffering from self-esteem issues of her own: she's dating the much older, married and corpulent suitor Herthum. As noted by teacher Forrest, Weil is talented, a candidate for admission to prestigious Cooper Union. That is, if she doesn't let her tendency for rebellion cross over into blatant self-destruction first. 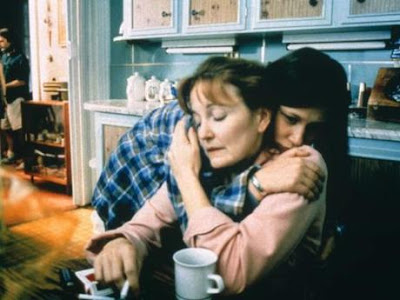 Skoog shot WHATEVER in West Virginia and New Jersey for the amazing total of $115,000, effectively recreating the time and place with mostly excellent attention to detail: the unkempt long hair, faded jeans, and party favors (alcohol, cigarettes, impromptu bongs) and a terrific New Wave/post punk soundtrack. Some dialogue involving then-current events (such as the attempted assassination of Reagan) comes across as stilted, Morgan's home life is underexplored and the presentation of teenage boys as inexperienced and selfish lovers had been done before in FAST TIMES AT RIDGEMONT HIGH among others.  For the most part, though, WHATEVER rings true.  We all had teachers like the enthusiastic, almost manic Forrest or the petty English teacher played by Torn. Those from broken homes experienced plenty of awkward small talk from adults like Herthum's inept attempt to "get to know the kids".

Like Skoog, Weil (GILMORE GIRLS) was making her feature debut. Suggesting a less well-adjusted version of Claire Danes in MY SO-CALLED LIFE, Weil effectively captures the anxiety of being stuck in the middle in high school. Rebellious, but only mildly so compared to Morgan or their two reform school dates. Smart, but not fitting in with the "good kids" either, and prone to talk back to adults at the worst possible time.


WHATEVER is a welcome antidote to the raunchy and/or overly fluffy teen films that would follow it (a la SHE'S ALL THAT) in the new Millenium, and less artificial than the angst-riddled films it would at least partly influence a few years later, such as BETTER LUCK TOMORROW (made for a similarly low budget, $250,000 in 2002) and THIRTEEN. There's also a scene dealing with Weil's "fear of being ordinary" that could have been lifted for the following year's AMERICAN BEAUTY, even. The peer pressure, awkwardness and frequent embarrassment of the high school years has been presented equally well elsewhere (i.e. THE LAST AMERICAN VIRGIN) but only rarely better. 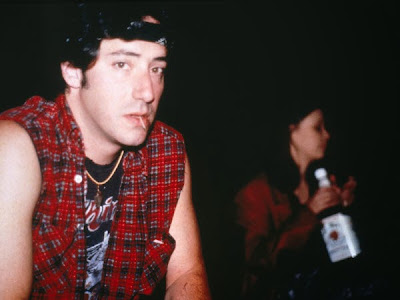 The old sticking point, music rights, could be an issue here, with a soundtrack that includes Aimee Mann, Motorhead, John Prine, the Pretenders, Roxy Music, Rush and Blondie among many others.

Skoog has yet to complete another feature; that fact certainly hasn't helped the visibility of her debut.

WHATEVER is often painful to watch, as the character you most care about makes some mind-bogglingly bad choices throughout. And the one real failing of the screenplay, insufficient development of Morgan's home life, mars a key scene in the film's final third. 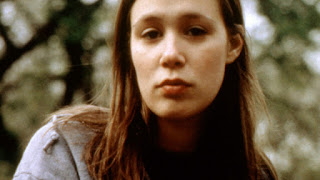 An excellent example of just what can be accomplished on a modest budget. Again, WHATEVER was reportedly filmed for barely $100,000, and nearly half the budget reportedly went to secure the music rights.

In addition to the aforementioned "fear of being ordinary" dialogue, you can spot several instances of likely influence on later acclaimed indies: 2003's THIRTEEN had a similar relationship between the two main characters, only a few years younger, and 2002's BETTER LUCK TOMORROW featured a similar subplot involving a home robbery with tragic results.

Virtually every film from the late 1990's that made any kind of splash is readily available on DVD, but WHATEVER has disappeared from cable also since its initial run circa 1999-2000. Standing out among numerous overly raunchy, overly fluffy or overly angst-riddled youth flicks, this solid exploration of high school's darker side is well worth seeking out.

Good news; Sony through their deal with the Warner Archive has put up "Whatever" as one of the titles they'll send out on-demand on DVD, so you can now get it on disc. Here's the site to purchase it; ( http://shop.warnerarchive.com/product/whatever+sony+1000447195.do?sortby=ourPicks )