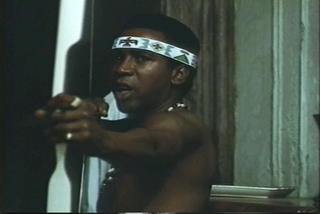 
Beau Bridges is a poor little rich boy who decides it is finally time to spread his wings at 29. He leaves his bluenose family behind to purchase a dilapidated Park Slope apartment house with the idea of evicting the mostly African-American tenants and turning the place into a giant bachelor pad. Beau doesn't get off to a great start: he is chased down the street while unpacking, extorted by a chain smoking 8 year old boy, and then finds himself staring down the barrel of Pearl Bailey's shotgun. But he eventually grows fond of his tenants and begins fixing the place up, to the consternation of his racist parents. He grows especially fond of activist Gossett's wife Diana Sands, formerly Miss Sepia of 1957 and now a hairstylist. While Gossett is in jail, Bridges and Sands share a one night stand in a rent party's aftermath.  Later, after Gossett is released, Sands discovers she is pregnant. 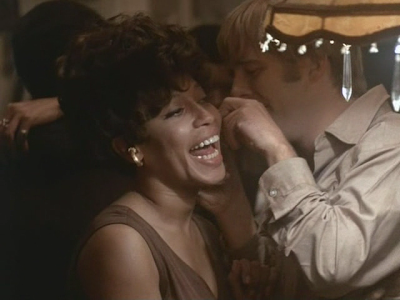 Hal Ashby was one of the major directors of the 1970's (his other credits include BEING THERE, THE LAST DETAIL, HAROLD AND MAUDE and SHAMPOO) and THE LANDLORD fits right in with his other quirky projects from the get-go. Scriptwriter Bill Gunn helps create two surrealistic worlds through Bridges' eyes: his apartment building, and his family's home--which is loopier and even cartoonish. Aside from one rent party sequence with rapid-fire editing (a scene that may have influenced Spike Lee) in which Bridges hears from various directions what it's like to be black, there's little that could pass for lecturing.

Instead, Ashby and Gunn explore race relations at the dawn of the 1970's through unconventional interactions: Bailey and Grant (as Bridges' blue blood mother) bond over pot liquor; Bridges brings his biracial girlfriend Bey (SUGAR HILL) to a family fundraiser, to muted reaction at best; Sands and Bridges struggle with a mutual attraction, in early scenes with Bridges clearly intimidated, then later with Bridges exhibiting more alcohol-fueled confidence. 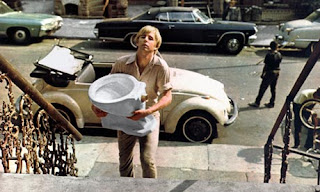 Performances are uniformly outstanding.  Bridges exudes boyish charm despite the occasionally frustrating ignorance of his character; scenes with Grant and Brooke convince us he comes by it honestly. Bailey (ST. LOUIS BLUES) who sadly had few feature film roles, is wonderfully eccentric, and Gossett covers the range from menacing to hilariously deadpan to heartbreaking.

Best of all is Broadway star Diana Sands, who starred in several interracial 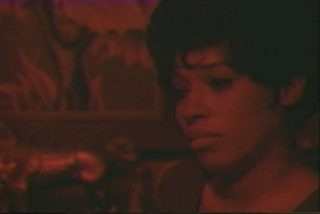 romances on stage (THE OWL AND THE PUSSYCAT, WE BOMBED IN NEW HAVEN) and screen (DOCTORS' WIVES, GEORGIA GEORGIA). Sands gives a remarkably layered performance. She's alternately sexy, subtly strong (in scenes with both Bridges and Gossett), and finally bitingly sad, when she realizes the level of Bridges' irresponsibility and ignorance. Grant received an Oscar nomination, but that nomination really should have gone to Sands.  It's her best screen performance IMO.

Ashby's camerawork is a little too flashy at times in his debut (uncomfortably aping THE GRADUATE in the final reel), and Gunn's script gets a little over the top in scenes with Bridges' family, but these are minor gripes, maybe even nitpicking. Overall THE LANDLORD remains a lost classic of the early 1970's, one of the very best films of its year. It is a perceptive and unpretentious study of racial and class differences and perhaps even the most puzzling exclusion from DVD of its decade.


This is one time when I can't think of one damned reason.  Seriously, this is a classic.


Imagine an early Scorcese or Coppola film not being on DVD. Can't, can you? It's the only Hal Ashby film of the decade that hasn't been released yet.

Not to put down any of the great flicks of the 'Soul Cinema' series, but THE LANDLORD is a better drama than any of them. Yes, even COOLEY HIGH.

Anonymous said...
This comment has been removed by the author.
3:10 PM

Thanks for a great post. It's frustrating why some major movies are still not available for home video (could it be a rights issue?). It'd be great if this could be released with Bridges, Gossett, and Grant supplying commentary. BTW, it's ironic to note that Park Slope is now, because of gentrification, one of the MOST expensive neighborhoods to live in, in the whole country.

This one is now out, something I'm thankful for:

I think it was released on dvd about 10 years ago but then it was stoppped and is now out of print.....unless you can get a copy off ebay or amazon. you just have to check at the right time. Criterion Collection has been getting more titles very quickly over the years. I can see them puttting this one out soon.