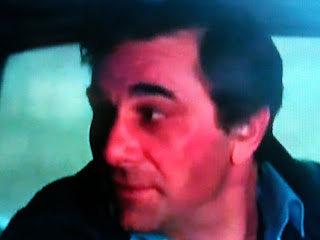 The profession of lady wrestler prior to the syndication boom of the 1980’s wasn't easy. Life on the road was lonely and made relationships difficult. Female wrestlers were usually considered a side show (or worse, a freak show) when compared to their male counterparts who were much bigger at the box office. The women still suffered the same bumps and bruises as the men and had to take the same painkillers while toiling for less pay.  As mere “tits and ass”, the ladies were considered interchangeable. And of course, sleazy promoters would dangle the promise of bigger and better bookings (which may or may not materialize) in front of them in exchange for sexual favors. 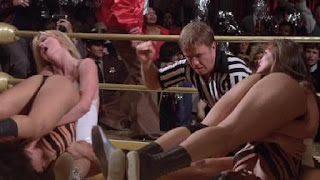 The female pioneers of wrestling were profiled in the 2005 documentary LIPSTICK AND DYNAMITE, PISS AND VINEGAR, which recently made the rounds on Showtime. What viewers of that (excellent) documentary may not realize is that one of Hollywood's most acclaimed directors tackled those same topics in a dramatic film nearly a quarter century earlier, the curiously forgotten …ALL THE MARBLES.

Frederick and Landon are the California Dolls, a female tag team endlessly making the rounds of the Rust Belt with disheveled but resourceful manager Peter Falk.  A cheapskate, unlikely ladies' man, and tireless negotiator, Falk drives his Dolls to one underpaying gig after another, trying to build a rivalry with the champion Toledo Tigers, authoritatively represented by John Hancock. 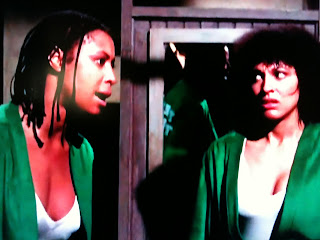 Mel Frohman’s script was his first feature credit, and perhaps not surprisingly, it is the biggest weakness. The revelation of a key romantic coupling seems to jump out of left field in the film’s second half, and the reaction of Landon to this arrangement is way too subdued to be true. It is also highly unlikely that a manager who otherwise leaves no stone unturned would be unaware of a magazine article with pictures before the fact and the girls turning out to be nationally ranked. 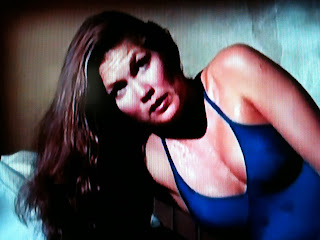 Falk is very credible, taking a role originally written for Paul Newman (complete with a reference to Redford early on) and making it his own. His performance here is much closer to his earlier work with John Cassavetes than his other, more comedic post-COLUMBO roles; he’s improvising much of his dialogue, and while still affable, his go-for-broke manager becomes disturbing when he's angry. Let’s just say there are a few moments here that are as uncomfortable as the Burt Reynolds-Anitra Ford opener in Aldrich’s THE LONGEST YARD. This is not to say that …ALL THE MARBLES is misogynist; great pains are taken to show the pain and loneliness of chasing their dream, all of the ladies stand up for themselves, and it is Frederick instead of Falk who ends up sealing the deal for the dysfunctional trio's key break. 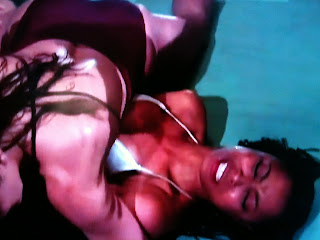 Aldrich keeps things interesting visually with lots of long shots of Falk’s clunker moving through the mostly Ohio locations (and in bad need of a muffler). The wrestling scenes are exciting and credible. Frederick, Landon, Bryant and Reed were all required to undergo six weeks’ intense training with professional wrestler Mildred Burke, and this especially pays off during the climactic match in Reno that lasts the final quarter of the film. Mean Joe Greene and Chick Hearn appear as themselves, and a well choreographed entrance for the Dolls is one of the film's highlights. 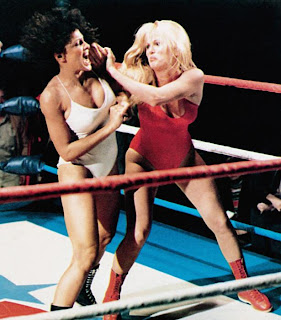 The film is dated in that the outcome of the matches is not predetermined. Like other Hollywood excursions into the wrestling world before kayfabe became an open secret to the public, …ALL THE MARBLES presents its matches as legitimate. There is a brief reference to Hancock wanting to “work a deal” to have the Tigers on top in front of their home crowd, but that is it for “fixing”, save for Richard Jaeckel as a crooked referee.  Another match is refereed by longtime actor and wrestler Mike Mazurki (surprisingly uncredited). 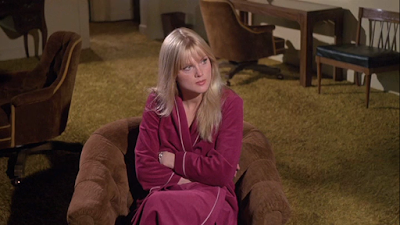 In his final film, Aldrich gives us a bit more schmaltz than usual towards the end, but the director of THE DIRTY DOZEN and THE LONGEST YARD does nothing to harm his reputation as one of the elite “guy movie” directors.

ALL THE MARBLES is far from perfect, but it’s damned entertaining. 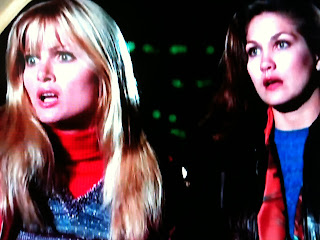 Came out a few years too early to ride the wrestling boom to box office success, and therefore slipped off the radar after making the cable rounds in the early 1980’s.

Peter Falk’s starring vehicles on the big screen from his post-Cassavetes and COLUMBO heyday have been all but forgotten, odd because one undisputed classic (THE IN-LAWS) and two Neil Simon efforts (THE CHEAP DETECTIVE, MURDER BY DEATH) are included among these films. 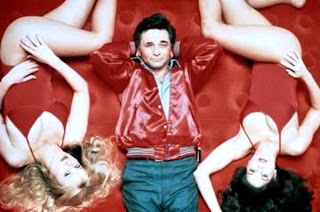 Hey, it’s one more in a long line of guy-movie gifts from the late Robert Aldrich (he died in 1983). In his final film, he doesn’t let us down. Let me count the ways: 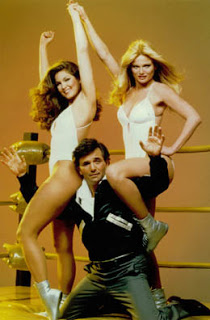 Lieutenant Columbo and Rocky’s brother in law Paulie getting it on with multiple hot chicks? Hey, that gives Joe Average at least as much hope as your typical Ron Jeremy scene. 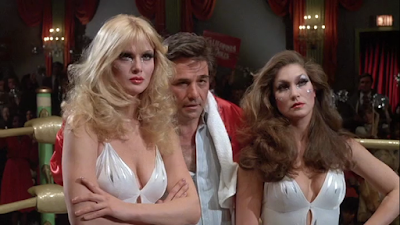 Angela Aames (H.O.T.S.) has an extended topless scene. That alone is enough for a DVD release, right?

There are very few dramatic films that deal with female wrestling tag teams. Matter of fact, I can’t think of another one. That too makes this enough of a rarity for release.

Finally, there's an excellent interview with Laurene Landon at SLAM! from 2006 detailing some of the behind the scenes information mentioned above. Due to the paucity of lady wrestling movies this one could arrive chock full of interesting DVD extras.
Posted by Hal at 8:32 PM

it's on warner archives now