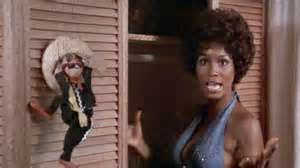 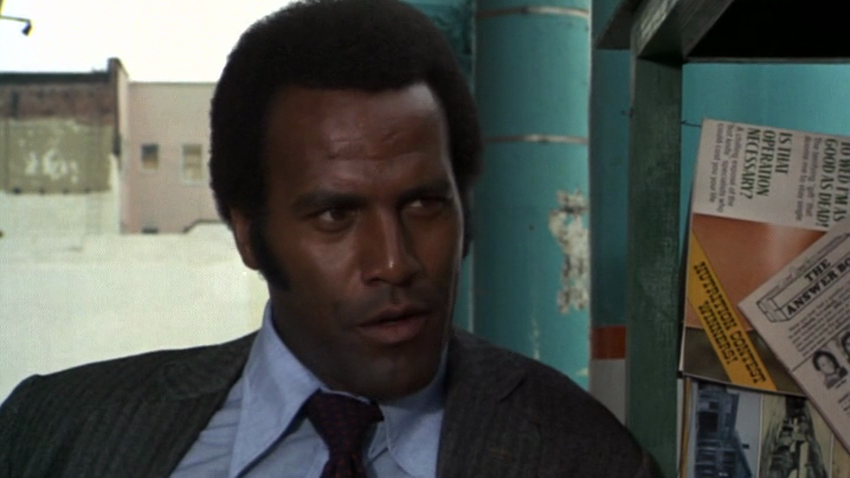 The always in control Williamson of BLACK CAESAR, BUCKTOWN and THAT MAN BOLT is only occasionally in evidence here. BLACK EYE is a change of pace for the star, who is self-depreciating while dealing with his personal and professional struggles. He’s perpetually in debt but affable, not unlike Jim Rockford. Actually Rockford was better off financially.  At least Jim was working out of his trailer---Williamson’s “office” here is a neighborhood bar.  This Hammer is also less than assured in his love life: Williamson is geniunely confused by Graves' bisexuality, which he treats as something to cope with rather than an opportunity for a threeway (as say, Tommy Gibbs would have). 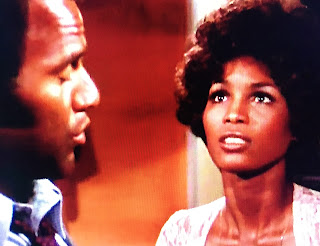 In addition to the atypical role for its star, BLACK EYE is also notable for a rare feature film appearance by the beautiful and talented Teresa Graves.  The Houston-born star got her start with a self-titled LP and a regular gig on LAUGH-IN after Goldie Hawn's departure, rapidly moving up to her own series (GET CHRISTIE LOVE!) and three supporting roles in features.  As Williamson's liberated lady, she's given insufficient screen time and saddled with some stilted lines to explain her preferences, but still exhibits undeniable charm and screen presence.  Sort of a Dolores Hart for the 1970's, Graves retired from show business at age 27 to devote her life to her religion just a year after BLACK EYE's release.  She'll likely get her own salute here at some point: suffice to say she was definitely headed for bigger things if she'd continued her Hollywood career. 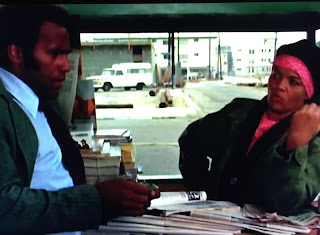 Old pro Arnold (CREATURE FROM THE BLACK LAGOON) was primarily a TV director by this time, save for the two features he did with Williamson (the other was BOSS NIGGER, also rarely seen, for more obvious reasons). He does a credible job staging the action, including a car chase (complete with Mustang) that borrows more than a little from BULLITT and several solid scenes of fisticuffs. 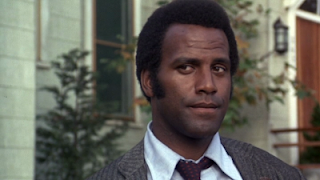 BLACK EYE will disappoint fans reading the story elements and anticipating copious amounts of nudity and violence.  For example, when Williamson visits the set of an adult film, the action stays off-screen.  As a result of its well-deserved PG rating and California locations, BLACK EYE differs little from the Barettas and Rockfords populating network TV at the time.  Still, with a solid story, interesting cast, and the star's willingness to tweak his screen image, it's a rarely seen changeup that is worth searching for. 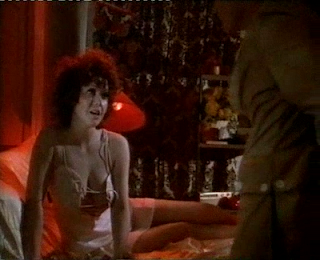 Wasn't a hit when released, in part due to misleading marketing by Warners.  It was originally titled SHEP STONE but changed in an effort to capitalize on a Blaxploitation trend that was already fading when the film was released. 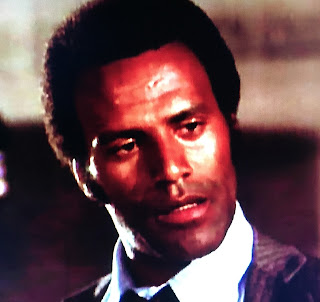 
The always welcome opportunity to see Teresa Graves, whose only other big screen appearances were in the aforementioned THAT MAN BOLT and VAMPIRA (aka OLD DRACULA).  The latter is also not on DVD, albeit for good reason (see review). 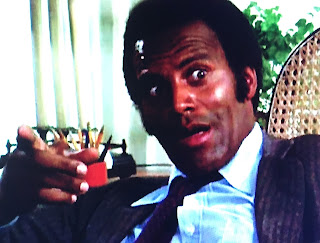 Also a chance to see Williamson in a slightly different light.  The ball is in Warners' court on this one, and since the long overlooked CLEOPATRA JONES AND THE CASINO OF GOLD recently saw DVD via the Archive, there's hope for the similarly unsung but deserving BLACK EYE.
Posted by Hal at 12:04 AM

This movie is based on the novel "Murder on the Wild Side" by Jeff Jacks, who wrote only one other novel -- a second Shep Stone mystery, titled "Find the Don's Daughter" -- and then disappeared. There's been some speculation over the years as to Jacks' true identity, with Edward S. Aarons or Lawrence Block being the main suspects. There's more info available here: http://vinpulp.blogspot.com/2010/07/murder-on-wild-side-by-jeff-jacks.html