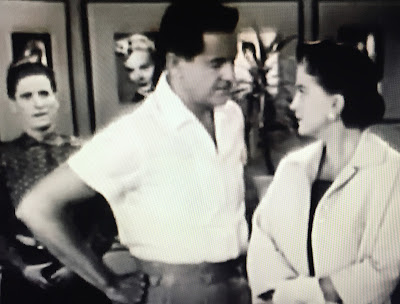 Margaret has cooked beef stroganoff for dinner, but Playboy Bob already has something cookin' with model Cynthia, who has invited the perennial free bird to fly by her nest after the day's work is done.  Since Margaret is tired of putting dinners in the fridge (there's fourteen in there by her current count) Bob decides to play matchmaker for his sister and Paul Fonda, who matchmaker Bob suddenly deems a perfect brother-in-law despite his constant references to him as a "wolf.  It's to no avail: Bob only succeeds in offending Margaret, who feels like she's "on the auction block". 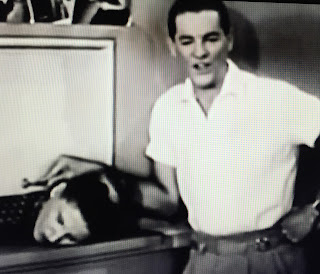 Sister Margaret gets her revenge by implying to Cynthia that she is actually Bob's wife--and tending to multiple "little Bobs", including young Elvis.  With Cynthia slipping away, Bob doubles down on his attempts to marry his sister off, enlisting nephew Chuck with some financial enticement.  Margaret counterplots once her brother's back is turned, outbidding "Uncle Bob" for Chuck's services and enlisting Schultzy and Paul the Wolf as assistant blockers set to foil the bachelor photographer's latest conquest attempt. 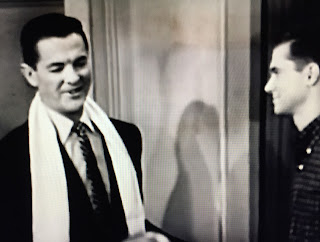 One nagging question arises when watching Bob Traps a Wolf: why doesn't Bob just invite Cynthia over for dinner at his sister's house?  After all, Cynthia admits she's not much of a cook, and Bob could impress her with a nice, home-cooked meal and then drive his model back to her apartment for a nightcap.  It'd be a lot cheaper than taking her out to eat, and Margaret would certainly be placated: she'd enjoy the company and having her cooking eaten for a change.  In the process, Bob could also destroy any notion Cynthia has that he's a married man.  What's the downside? 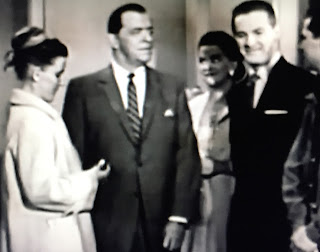 Well, if you're an inveterate BOB viewer, you already know the answer--that would mean the possibility of the model getting chummy with Bob's sister--and subsequently becoming privy to his dating habits on other nights!  Man, staying foot loose and fancy free is so much work.... 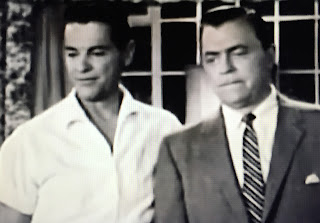 There was always a subtext of marital infidelity to LOVE THAT BOB: circumstances constantly forced Collins to hide his romantic escapades from Margaret, with the bachelor rarely able to take his dates to the home he shared with his sister and nephew.   Reinforcing this feeling, Bob often had to literally sneak out the back door to avoid "getting caught" by Margaret, who usually acted more like a wife than an older sister.  During prime time in the Eisenhower Era, this setup was as close as Henning and Cummings could get to a "philandering manual". Still, it was fascinating--sometimes amazing--to see just how far they could go within the boundaries of the era and medium. 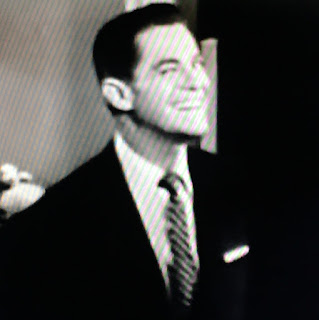 In Bob Traps a Wolf, however, this subtext creeps closer to being text than ever before. Margaret all but masquerades as Bob's wife to Cynthia in person, and more blatantly does so over the phone.  As a result, she has Bob's latest target resisting his charms: Cynthia doesn't want to be a home wrecker.  With her trio of supporting players, Ms. MacDonald's act is very convincing--enough so that Bob's romantic intentions are (off-screen) violently foiled.  We only see the aftermath: 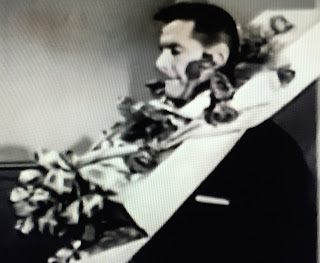 So Bob Collins carouses for 14 straight evenings (that we know of, anyway), tries to add another new conquest in front of us, glad-handingly tries to manipulate his friends and family, and ends up getting his much-deserved comeuppance in the form of romantic failure and having his throne usurped at home.  Right?  Wrong--not on ever-subversive LOVE THAT BOB!  The tables turn multiple times in Bob Traps a Wolf, but in the end, it's the real wolf--Bob--who has the trump card, courtesy of his private plane.  When the bluff is called, Margaret, Fonda and Schultzy walk away foiled while playboy Bob Collins wins again.

Twenty-five year old Angie Dickinson provides the vavavoom factor this time, making the first of two series appearances (1958's Bob and Automation is hilarious, btw).  Interestingly, she only appears in the opening scene at Collins' studio--we visit her apartment twice later, but we're kept outside the front door both times.   The same can't be said for Bob, and damned if we can't keep rooting for the stinker.  The edgiest character of the Fifties?  For sure, his batting average was higher than Bilko's--after all, this show wasn't titled YOU'LL NEVER GET LAID, now, was it? 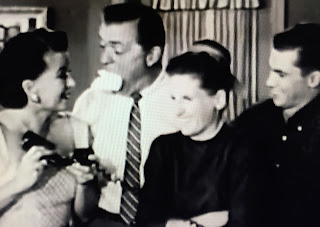 In this segment, Hell, who wasn't?  Even the usually hero-worshipping Chuck was an obstacle by episode's end, albeit a paid one. 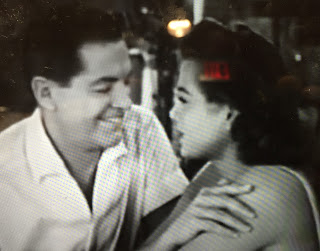 As mentioned above, Bob re-enters Cynthia's apartment on the second try, singing "A Romantic Guy" (the rarely heard lyrics to the show's theme song) while closing the door on us.  I'd say his chances were well over 50% with the future Pepper Anderson at that point. 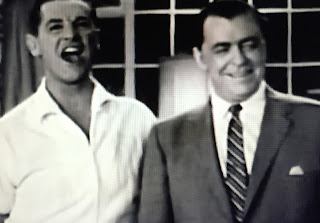 Bob lays it on a little too thick at times, and his antagonists fail to convince (Margaret and Paul don't even kiss when engaged, for example).  The minor flaws are far from fatal.  Bob Traps a Wolf is another fine installment from director Norman Tokar's brief run, giving us a structural surprise (complete with false ending) along with the then-novel twist of letting devilish Bob have the last laugh.  Some belly laughs pop out amidst the twists and turns, and Lyle Talbot's Fonda is always a proper foil.  With Angie Dickinson's presence as Bob's date of the week and a typically solid script from Henning, Gordon and Shuken, and this one is almost as big a winner as its protagonist.  (*** out of four)