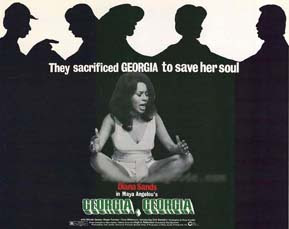 Despite her stature as a two-time Tony nominee and marquee stage star for a decade, Diana Sands had to wait until 1972 to receive top billing in a feature.  The gifted actress was arguably Broadway's biggest African-American star during the 1960's but was repeatedly denied a silver screen breakthrough. When the time came to film her biggest Broadway hit (THE OWL AND THE PUSSYCAT) Hollywood turned to Barbra Streisand. When she gave a marvelously layered performance in Hal Ashby's THE LANDLORD, Lee Grant received the Oscar nomination that Sands really deserved.  Finally, Sands was cast as the lead in Kelly-Jordan Enterprises' first foray into film, GEORGIA, GEORGIA. 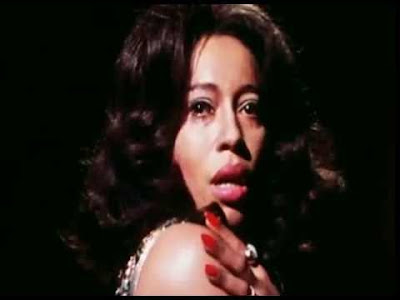 Sands' title character is a pop music diva arriving in Stockholm for the latest stop on her world tour with her inner circle, surrogate mother Minnie Gentry and homosexual business manager Roger Furman. During her stopover, black Vietnam deserter Terry Whitmore angles for a private audience with Sands to convince her to bring attention to the plight of his fellow expatriate defectors, but the apolitical diva shows no interest. Whitmore next tries to reach her through the more sympathetic Gentry, who sees an opportunity to play matchmaker.  Meanwhile, impotent white photographer Benedict (also a Vietnam veteran) is assigned to capture Sands on film for a magazine article and ends up capturing the ice queen's heart. 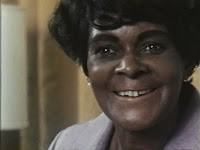 Maya Angelou's debut screenplay is nothing if not ambitious. She explores the loneliness of a single, successful woman at the top; the effect of the Vietnam experience on its shell-shocked vets and the plight of deserters who are permanently seperated from their homes and families; the sicknesses of racism and obsession with racial purity; and the often poor choices that larger than life stars make for their inner circle (i.e. Elvis, Selena, Michael). Stockholm is just about the last setting you would expect for a penetrating drama on racial issues, and the setting is just one of several curveballs Angelou has in store. Sands is largely unsympathetic: spoiled, condescending, self-important, shallow and abusive to her hired help. For her part, the older Gentry is far from a comforting mother figure; damaged by her experiences with racism, she seethes inside with hatred towards Caucasians and her smiles are often chilling, rarely reassuring. The script is perhaps too ambitious: for example, when Furman asks Sands why she keeps Gentry around ("to remind me of what I escaped"), we expect further elaboration at some point.

Filming in his native Sweden and coming off the challenge of directing non-professionals exclusively in his prior feature (I LOVE, YOU LOVE), Bjorkman is nevertheless the wrong director for this film.  He's far more comfortable with his locale than with the issues Angelou raises. Budget limitations are distractingly obvious, the pacing is uneven and the editing is consistently choppy. 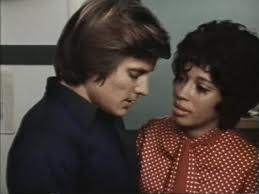 Most damaging is Bjorkman's failure to establish Georgia as an international superstar named "the most popular American singer in Europe" as we're told in the first few minutes. The director seems most intent with deglamorizing the songbird, and the sexy, enticing Diana Sands of THE LANDLORD and DOCTORS' WIVES is only occasionally in evidence here. Typical is the botched opening. Angelou's rousing "Bird of Paradise" plays over Sands' arrival at the airport. Instead of letting the uplifting song play and following Sands as she triumphantly enters Stockholm, Bjorkman cuts away after less than a minute and whisks us to an awkwardly staged press conference. The necessary strong introduction to Sands' Georgia Martin never materializes, and her concert is also badly mishandled: poorly attended and featuring a lukewarm finale instead of the must-see spectacle we anticipate from "the goose that lays golden eggs". The failure to dub Sands is also unfortunate; she's a fantastic actor but medicore singer and lacks the vocal range for the show-stopper that is sorely needed. 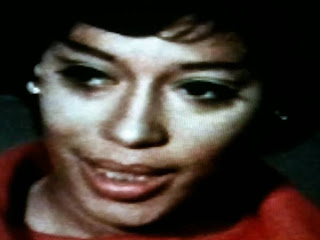 As a result of the numerous missteps, it's impossible to buy Georgia Martin as a Diana Ross or Eartha Kitt on the world stage and Angelou's story is robbed of much of its power. In the end GEORGIA, GEORGIA seems more about Gentry and her consumption by hate than its title character. 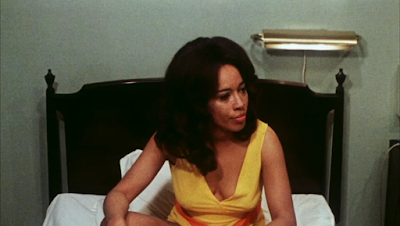 Despite not having the budget or director for its intentions to be fully realized, GEORGIA, GEORGIA is still worth seeing for Angelou's imperfect but still intriguing debut screenplay and for the underappreciated performers in front of the camera. Minnie Gentry is best known today as Terrence Howard's grandmother, but she had four decades' stage experience before making her film debut here at age 57. She's very good overall, convincingly portraying Alberta's loosening grip on reality. A young Dirk Benedict also makes a solid film debut, and Roger Furman, well known as a stage director and playwright who founded Harlem's New Heritage Repertory Theatre, makes his only appearance in a feature film and nicely avoids the stereotypes as Sands' gay manager. 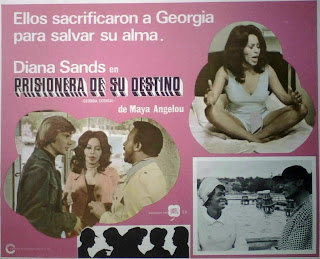 Poor direction and budget constraints that are too obvious keep the film from reaching its full potential. The subject matter is in some ways dated and the film is crudely edited.

GEORGIA, GEORGIA is very obscure; surprisingly, this received only a brief VHS release in 1983 at the height of Dirk Benedict's A-TEAM fame, then disappeared.

The stars are primarily known for stage (Sands, Gentry, Furman) or television (Benedict) rather than for their respective film careers. Only Sands ever played a lead on the big screen, and only one other one at that (the misfire HONEYBABY, HONEYBABY).

Maya Angelou fans would certainly be interested in her debut screenplay; she also wrote the songs Bird of Paradise and I Can Bring down Rain.

There's precious little of Diana Sands' film work available as it is: amazingly, only A RAISIN IN THE SUN, WILLIE DYNAMITE and HONEYBABY, HONEYBABY are on DVD. GEORGIA, GEORGIA is far from a perfect showcase for the late star, yet it is the better of the two feature films she headlined.  Even in a less than ideal role and hampered by the budget, Sands is still very convincing off the concert stage and well worth watching.

Dated, perhaps, but certainly not irrelevant: the dysfunctional inner circle of the superstar seems as timely as ever in the wake of Michael Jackson's death, and Gentry's hair-raising comments about Sands "dishonoring her race" are sadly still echoed in news stories in America today. Also of note: the appearance by real life Vietnam deserter by Terry Whitmore, who by this time had already been the subject of a documentary (TERRY WHITMORE, FOR EXAMPLE).

Alberta Anderson--Hands down, one of the most subtly creepy cinematic characters of all time. At first, I just found her character annoying, then BOOM! Out of nowhere, she becomes scary as hell. Her final scene still gives me chills when I think about it!

Georgia, Georgia will be released on DVD next month . . . http://www.amazon.com/gp/product/B007JVJ36U/ref=ox_sc_act_title_5?ie=UTF8&m=ATVPDKIKX0DER