This is the Horn Section's contribution to the Jennifer Connelly Memorial Crushathon hosted by our pal Todd at Forgotten Films!  By all means check out the earlier entries in this great idea for a blogathon, which started on Thanksgiving and has contributions from several of us in blogger land. 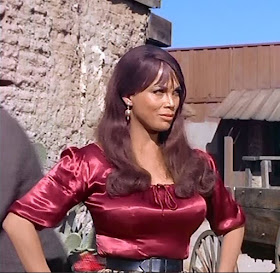 As always, I am honored to be invited, and I highly recommend checking out the archives at Forgotten Films.  Here is today's post as it appears at the Blogathon there.

I've written about my own celebrity crushes from time to time (Tamara Dobson and Diana Sands, R.I.P.) so for Todd's blogathon I chose another lovely lady who captured my attention way back when but hasn't had her moment in the sun at the Section yet.  Until now, that is. 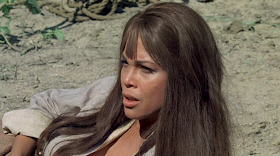 BARQUERO was a childhood favorite of mine despite being very hard to find for three decades after its 1970 arrival.  Never released on VHS and yet to make it to DVD, this ultraviolent (over a hundred deaths--go ahead, count 'em!) Western barely rated a blip in Maltin's Film Guide and could only occasionally be seen in late night superstation showings. 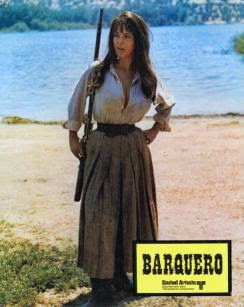 Once Showtime (and later Encore) began airing BARQUERO regularly around the turn of the century, fans discovered a hidden treasure.  BARQUERO boasted a great cast headed by Leone (Lee Van Cleef) and Peckinpah (Warren Oates) cult favorites and arguably the best late-career role for Horn Section patron saint and 1950's Western icon Forrest Tucker.  The benefit of hindsight also revealed this western's commentary on the Vietnam War that was completely missed by mainstream film reviewers at the time--I could not find one review from 1970 commenting on this.

Fortunately BARQUERO has become much easier to see on Retroplex, Encore Westerns and (for a time) Netflix Instant in recent years, but we're still waiting on that long-overdue DVD release, something I already covered back in 2006 when I made BARQUERO the very first review here at The Horn Section.  Yes, this was  "Why the Hell isn't this on DVD yet?" Number One.  As you've surely noticed from the leads, this is a guy's movie through and through, complete with requisite eye candy. 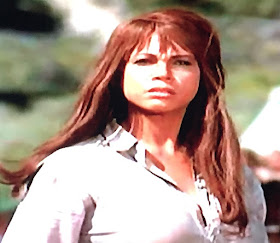 Mariette Hartley is top billed among the fairer sex, but with all due respect to her, I barely remembered she was in it afterwards.  In the eyes of this young man, the pretty redhead was out va-va-voomed by a wide margin, thanks to the presence of Marie Gomez as Nola, girlfriend of the titular character played by Lee Van Cleef. 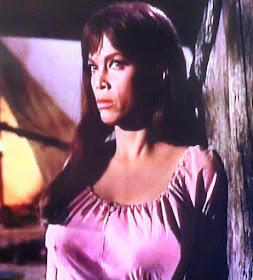 In the film Hartley wasn't impressed, telling Travis the Barquero that he'd "never known a real woman" and further asserting that the tomboyish Nola is "half a man".  Come on!  Obviously a bunch of meowing about the competition.  It's easy to see that Hartley's claims are just sour grapes when the busty Latina lass makes her first appearance.  How sexy was Marie Gomez in this film?  Put it this way: I can't stand smoking, but I thought she was smokin' even when greeting us with a cigar in her mouth. 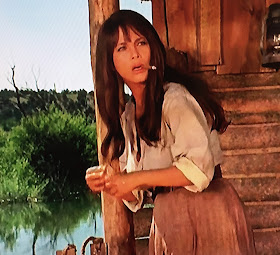 Beyond her obvious attributes, one quickly understands what the taciturn Van Cleef sees in her.  She makes her way through the town of squatters with the same paucity of words the Barquero gives his customers, effortlessly commanding the attention of most of the men ("Take your time" is her response to the overeager blacksmith) and showing palpable disgust with the self-appointed religious leader with a single brief expression. 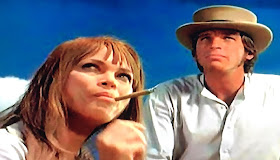 Not once during BARQUERO's 113 minute running time does Gomez' Nola become a damsel in distress.  Quite the contrary. She handles her impressive rifle as well as any of her manly co-stars, firing quickly and accurately during the shootouts with Oates' mercenaries over Van Cleef's barge.  When the aforementioned religious leader suggests burning the boat and tries to rally support to do so, it's Nola who quickly quells the coup by threatening to shoot him herself. 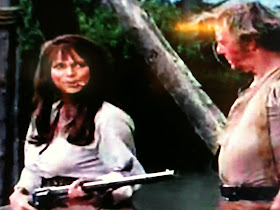 "She will!" confirms the man to her right.  Judging from the crooked preacher's reaction, he didn't need the echo.  Nola and Travis are bonded by toughness, self-sufficiency and a decidedly secular outlook. 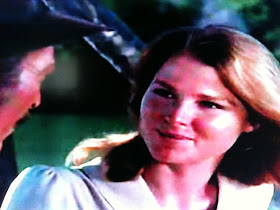 Hartley's husband is the lone settler who doesn't make it across the river, and she offers herself to Van Cleef in exchange for a rescue.  This is an intriguing development: Van Cleef takes Hartley up on the offer.... 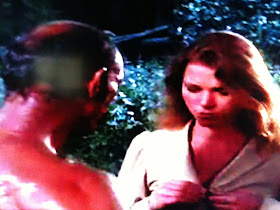 ...and Gomez is cool with it, to the point of bringing him coffee afterwards and smiling knowingly at Hartley when the Barquero returns to her.

Van Cleef might wander from time to time, but he won't leave Ms. Gomez for very long, and her expression tells us that she knew it all along.  Even Mariette Hartley didn't stand a chance against her. 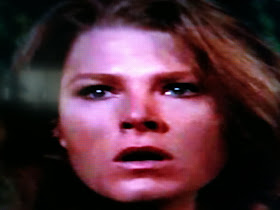 Nola's intriguing and mysterious, and you could say the same for the actress portraying her.  BARQUERO was my first exposure to Marie Gomez, and this preteen sought out other credits for his newfound crush.  Unfortunately I found there were few other credits to peruse, especially in those pre-IMDB days.  (How did we ever live without it?) 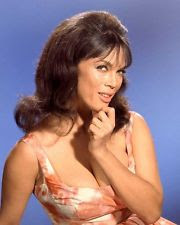 A Leonard Sillman discovery who began her career as one of his New Faces of 1962, Gomez soon made her prime time acting debut on DOBIE GILLIS (of all things) in the 1962 episode The Ugliest American. 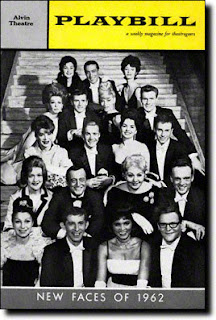 Uncredited appearances in RIO CONCHOS, MARRIAGE ON THE ROCKS and DO NOT DISTURB followed, but her film career really took off four years later with her Golden Globe nominated splash in THE PROFESSIONALS (1966). 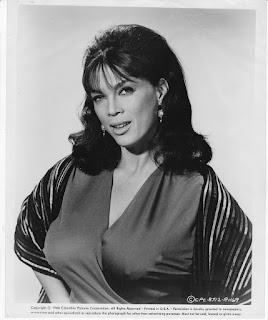 Ms. Gomez became familiar to U.S. television viewers through her popular recurring role as Perlita in NBC's THE HIGH CHAPARRAL (1967-1971), but also guest starred memorably on HONDO, I SPY and THE WILD WILD WEST among others.


Then she vanished after a too-brief five year heyday, with another good big-screen role in Ivan Tors' THE DARING GAME (1968) and then BARQUERO, her last screen credit to date.

Marie Gomez' busty figure also made her a popular magazine model during the last half of the swingin' Sixties.

I was reminded of her every time I revisited BARQUERO, and the beautiful French-Spanish starlet remained mysterious well into my adulthood, finally resurfacing in 2005 to be interviewed for the DVD release of THE PROFESSIONALS.


She also made it to the 40th anniversary cast reunion for THE HIGH CHAPARRAL in Studio City, California in 2007.  It was during an interview there that we learned where Marie Gomez had been all these years: mostly, doing charity work for orphans in Mexico and for The Lord's Lighthouse.   Hopefully the near future will bring Gomez' participation in the extras for BARQUERO's long overdue DVD release. 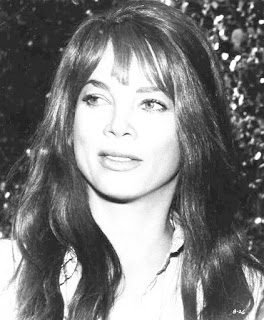 Onscreen, she shone briefly (just eight years) but unforgettably.  She may not be the most mysterious of my childhood crushes any longer, but whether she was brandishing a rifle or just plenty of attitude, Marie Gomez is still one of the sexiest and most memorable.
﻿﻿﻿ 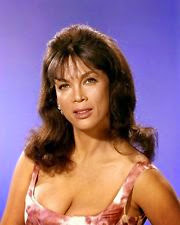